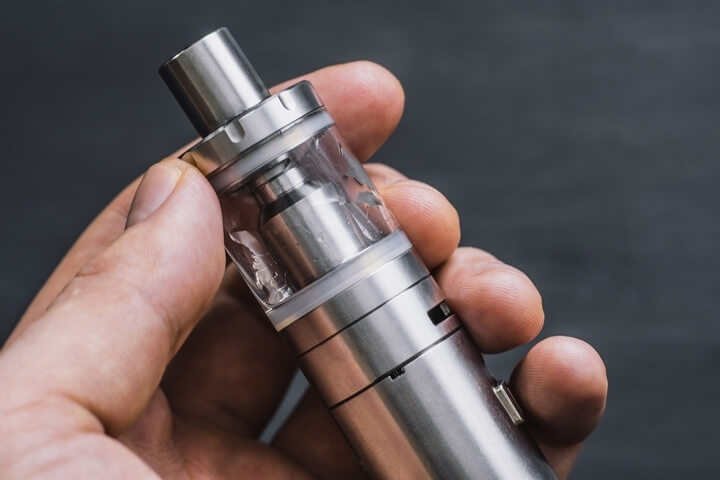 Vaping was invented to promote a hard-core smoker to stop smoking. Vaping like e-liquidswas presumed to be safer than a regular cigarette. In 2019, research scientists at the University of North Carolina School of Medicine have divulged astonishing scientific evidence that using e-cigarettes promotes the same cellular responses happening in the human body of a smoker who is afflicted with a lung disease called emphysema.

Their study was published in the American Journal of Respiratory and Critical Care Medicine revealed that the lungs of the vapers have the same characteristic features as that of a smoker suffering from emphysema.

In 2018, approximately 14 million of the adult populace in the United States were diagnosed with this lung disease called emphysema.

The UNC scientists have also discovered that the lungs of cigarette smokers have higher levels of protease enzymes, a lung condition that causes emphysema in smokers. They also found that the nicotine in the vape liquids is the culprit for the elevation of protease enzymes. A professor in the department of cell physiology and biology, Robert Tarran, Ph.D., concluded that e-cigarette use is not as safe as smoking a regular cigarette.

Mr. Tarran and his team administered nicotine substance into the immune cells that were cultured in the lab with the exact concentrations seen in vapers lung fluid and sputum, they were surprised to see the immune cells were overproducing the protease enzymes. The highlights of the study were the exposure of these cells to elevated nicotine levels, overproduction of enzyme proteases was observed.

In the study, the team measured the levels of 3 key enzymes of protease in the samples of lung fluids from forty-one research subjects, smokers, vapers, and non-smokers. Matrix metalloproteases 2, Matrix metalloproteases 9, and neutrophil elastase are the 3 protease enzymes. These lung enzymes are secreted by the immune cells at elevated levels in reaction to smoke emitted from cigarettes. These protein-chewing enzymes become constantly overactive causing damage to the tiny alveoli. Alveoli are the tiny and sensitive air sacs in the lungs that allow us to breathe.

In cases of smokers, defective alveoli are not working properly and old air is trapped inside preventing oxygen-rich air from entering the alveoli, leading to emphysema, an irreversible chronic obstructive pulmonary disease (COPD). Emphysema is a lung disease that causes chronic cough and shortness of breath.

Another significant finding of a scientific study was conducted in 2018 by a team of research scientists from UNC Marsico Lung Institute led by Mehmet Kesimer, Ph.D. The team has uncovered the scientific evidence that the smokers and vaper’s sputum contained the same high levels of emphysema-promoting enzymes called proteases and other kinds of immune defense proteins.

Furthermore, last year a significant study from Tarran’s laboratory found essential evidence of toxic compositions in predominantly used vape liquids. CDC is recently investigating hundreds of cases in the U.S.A. of the abrupt and unexpected rise of lung diseases in healthy youngster vapers.

Tarran along with his colleagues at the UNC is planning to conduct another follow-up research study of lung protease levels, this time using a large population of subjects, vapers, and smokers.

The findings of the study conducted by scientists have brought to light and everyone’s attention that vaping is not a safe and harmless alternative to the smoking of tobacco leaves or regular cigarettes.

The potential health risks of using vape were underestimated specifically lung diseases such as COPD and emphysema. These two medical conditions are the most incapacitating lung diseases associated with vape use and smoking. We must take good care of our body, we only have one life to live.

Stop smoking, save your lungs!